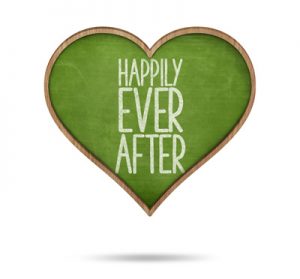 John’s mother never liked me. I was a bad influence, a drain on his finances, and worst of all, a sign that he’d given up. When we married, she didn’t come to the ceremony. She wintered in Florida after all, something we were well aware of when we set the date. It was bitchy of me, I know, to pick Valentine’s Day, but if we were going to live the cliché anyway, why not do it right? And the honeymoon suite with a heart shaped tub made the two of us laugh, and laugh, and laugh.

That was something she never understood, the way we could make each other laugh. That we were best friends before we were lovers, brought together by a dogfight in High Park on a Saturday afternoon. He had a pug, I had an Irish Setter, clumsiest dog you ever saw, but loyal and loveable –  kind of like John himself and our dogs weren’t doing the fighting. We were passing through the park, going in opposite directions, when the barking started and we both stopped to see what all the commotion was about.

The excitement was over in seconds but we stayed put, letting our own dogs get acquainted. Chatting about nothing really, but neither in a hurry to leave. He said he lived in Etobicoke, had an office nearby and often brought Wellington with him on the weekends. The dogs grew restless, I said goodbye and thought that was it, until three weeks later when I was leaving my building and noticed this gawky guy sitting on a folding chair by the curb.

Apparently he’d been listening when I said I lived in a building designed by Uri Prii. That doesn’t mean a thing to most people, but John knew there are only a handful of those in city, and he had stationed himself in front of one building every weekend since, determined to find me. Over dinner, he said he had regretted not getting my number at the dog park, but he was shy, you see, and had recently ended a long term relationship with a girl his mother approved of, and he had never been good at dating.

The rest is story book history, I suppose, and we intended to live happily-ever-after in my Uri Prii condo. But as my Scottish granny used to say, the best laid plans gang aft agley, and John died two days ago. Hit by a car while riding his bike to work.

His mother blames me for that too. Tells everyone who comes through the door of the McNaughton Funeral Home that it was my insistence on living in the city that killed him. He would have stayed put, she says, straightened his life out, found his way again if I hadn’t thrown my dirty self at him. Lured him into a life he wasn’t made for with the kind of sex that only the likes of me could know about.

The funeral director approaches, asks me if the arrangements are to my liking. Makes his mother crazy that she does not have the right to dictate the kind of memorial we have. That privilege goes to the spouse.

So there is no priest and no coffin. No prayers and no preaching, because that’s not who we were, who John was. Instead, there are pictures and flowers, coffee and cupcakes, and Bohemian Rhapsody by Queen on repeat from my iPod.

The room fills up fast and no wonder. I wasn’t the only one who loved him. Most faces I don’t recognize and the folks on her side ignore me, of course. But enough people hug me, tell me how sorry they are, let me cry in their arms which annoys his mother and gives me an odd, guilty pleasure.

Someone tells me it’s time for the eulogy. I step up to the podium. Stare out at the crowd. I have nothing prepared. What do you say when the love of your life is suddenly gone? Do you tell people that every breath is an effort, every movement painful? Mention that his death became real just that morning when the snow was falling and your car was covered and for the first time in ten years, there was no one to race out and clean it for you? Admit how terrified you are that no one will ever again love you that much? Confess that his mother may have been right along? That you did indeed make his life more complicated and messy and you probably didn’t deserve him?

But the thing is, John loved me and I loved him, and against all odds, we were happy. Truly, deeply happy. What kind of mother doesn’t wish that for her son?

I glance over at the picture of our wedding day, see his great big smile, hear his wonderful laugh, and find the strength to open my mouth, to speak of the man I love, and will miss till the day I die.

“Today,” I say, “we are here to honour the life of John William Trelevin. And for those of you who don’t know me, I’m his husband, Danny.”

« Flash Fiction: Suicide Is Painless – in response to those who deny us an end-of-life choice
Sex Ed Made Easy »