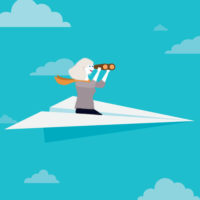 Next Saturday, I head off on a sixteen-day travel adventure. I’ll be meeting up with my intrepid travel buddy, Sandi, in Prague on the ninth day, but for the first eight days, it will be just me and my rolling backpack in Reykjavik and Paris!

Sure, I’ve travelled solo for business more times than I like to count, but I’ve never been alone on vacation and I’m excited and nervous at the same time.

Being older, I take comfort in the fact that I will be largely invisible, meaning I can stroll instead of march, pause instead of glance and not worry about whether my jeans are cool or my shoes cute enough for the streets of Paris.

That same invisibility, however, will likely make life more difficult in cafes or when standing at a counter. And pickpockets may mistake this older woman for an easy target, which is why I have a ‘theft proof’ backpack and tiny locks for my purse. I will be Fort Knox on legs that have been working out! Should that prove insufficient, I’m also pretty good with my elbows and can say “F#*k Off” in several languages.

But it’s not yellow vest protests or pickpockets or even those groups you hear about who swarm people, slap bracelets on their arms and then demand payment that worry me most. What most concerns me more is the potential loneliness of solo travel.

Going to bed alone, waking up alone. No one to share a view, a joke or even a simple observation. I realized early on that I would be in uncharted emotional territory for the first half of this trip which called for a different kind of planning because even the cutest shoes wouldn’t save me from being given a wide berth if I started talking to myself on the street.

I wouldn’t need the anonymity of a hotel, or the echo of my own footsteps through the empty rooms of a condo.  I’d need human contact, and with luck, someone who knew I would be coming back and if I didn’t, it was probably time to call the police! To that end, I booked a regular BnB in Reykjavik where they’ll expect me for breakfast in the morning. In Paris, I signed up for a room in a woman’s apartment through Airbnb. A woman who, in her write up about the room, came just short of apologizing for the fact that she and her daughter live there and will be home most of the time. Hurray, I thought when I read that, and hit Book Now right away.

I also investigated the Experiences on Airbnb. Local people who offer tours, workshops, horse back riding and more importantly, meals in their homes. Some are gourmet, but I opted for a home cooked meal in Reykjavik. I’ll have enough tables-for-one at charming cafes over those eight days, so the idea of a small group of four or five around a table, sharing food and conversation, or even just smiles and nods, holds a lot of appeal.

Cooking classes in Paris were booked for the same reason. A little people-time combined with the chance to learn some kitchen secrets from French chefs seems like a perfect way to spend an afternoon. And then I joined a group called the Frites, which is basically a bunch of North American women who follow the video tours of Paris resident Corey Frye and try to meet for a Café Chat when a few of us are in Paris on the same day. I’m really hoping that works out while I’m there.

But all the planning in the world can’t guaranteed a smooth trip. I have no idea how those eight days will go, and I’m sure I’ll be glad to meet up with my travel buddy in Prague. In the meantime, I’ll be sharing my adventures and pics in this blog while I’m out there, strolling, eating and elbowing pickpockets.  At least that way, my family will know I’m still alive.

Now, I’m off to pack for carry-on only. Wishful thinking? Stay tuned!

« You On Your Pogo Stick, Son?
Carry On Flying »