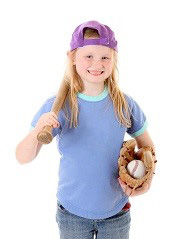 In case you haven’t heard, John Gibbons, the manager of the Toronto Blue Jays, recently reacted to new MLB regulations by saying “maybe we should all go out there wearing dresses tomorrow.”

Not surprisingly, the people who have come out in support of Mr. Gibbons’ word choice, have labelled the women who are disappointed with his statement as petty and thin-skinned. One man went to so far as to say that Mr. Gibbons’ remark wasn’t sexist because it was simply a matter of fact. Men are stronger than women and an all-female baseball team will never beat an all-male team.

Fair enough. That being the case, would Mr. Gibbons’ supporters have reacted differently if he had said, “Maybe they should all come out there in wheelchairs tomorrow.” Because that too is simply a matter of fact. A team of able-bodied athletes will defeat a team in wheelchairs.

In keeping with that theory, is anyone who takes offense to that statement merely being petty and thin-skinned? Or was the comment so utterly offensive that even the women in Mr. Gibbons’ life would have told him to stop. The very fact that none of those women were disappointed in the statement he made speaks directly to the problem of unconscious, systemic sexism.

I’ve never met Mr. Gibbons, and I’m sure he’s a wonderful husband, father etc. And the women who know him best understand that he was not trying to be a jerk. It was dad being dad. His way of goading the boys into playing better. Come on, lighten up.

We have come a long way in understanding the power of language when it comes to disabilities. Yet, the same understanding has not happened for women. Men still insult each other with, you play like a girl. And the much worse, are you or on your period?

So here’s a way to figure out if what is about to come out of your mouth is sexist or not. Every time you’re about to say girl, woman, period, why not substitute ‘cripple’

You on a cripple, Son?

You were cringing as you read that, because I was cringing as I wrote it. But it’s an easy way to recognize unconscious sexism and just stop. And try this instead:

But will anyone be offended for the pogo stick? Unlikely. In fact, I rather like the image of the Blue Jays on pogo sticks. And their playing would suck a whole lot more than if they did indeed pull on dresses.

So instead of girl, woman, period, next time say pogo stick. And no one will mind at all.

One thought on “You On Your Pogo Stick, Son?”